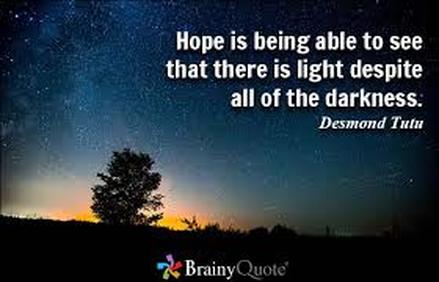 Life can change so quickly so never take it for granted.

I want to take a moment and share the next part of my journey along this crazy thing we call life.
​
​In October, I began to have chest pains which by November led to shortness of breath. It was getting worse daily, just laughing would hurt and I was getting out of breath just having a conversation, so I called my doctor and she ordered me a chest ctscan.

Good news!! There were no sign of cysts or tumors in my lungs.
Bad news! It appears there is a subtle hole in my sternum bone. So my doctor sent me for a petscan.

Good news!! I didn't light up like a Christmas tree, lungs are good and so is my liver.
Bad news! My sternum lit up like a light bulb displaying signs my breast cancer has reappeared its ugly face and returned to my sternum bone.

Next step I was off to Yale for an echo...
Good news!! My heart is good which I originally thought was the problem because of the trial I had done for my 1st round of treatment and the late effects of heart disease and heart disease runs in the family.

Next I had to get a brain MRI which very good news, cancer has not spread to my brain, phew!

With all the results, it was time for a bone biopsy. I heard horror stories it would hurt awful. I was very anxious with this procedure especially since I remember how uncomfortable I was from my breast tumor biopsy. During a bone biospy they also don't typically knock you out. And yes the bone would be taken from my chest, not my hip or somewhere else but right there in the middle of my chest, awake for it all. 4 pieces to be exact. I luckily can say this procedure was not bad. I did have discomfort after with soreness, swelling and bruising but it was much better than my breast tumor biopsy procedure. But that procedure was done in New Britain and any procedure in New Britain is always worse.

After waiting a week, test results confirmed the cancer has returned spreading to my sternum bone. I am diagnosed as Stage IV Metastatic breast cancer, triple positive with local recurrence to the bone. Pretty shitty news!!

But you know me, always staying positive trying to some good news. So good news is my oncologist is extremely positive and hopeful we can treat me with the "intent to cure" versus the "intent to manage."

We would need to gather more information though.. She would be presenting me in front of the board at Yale. She would be contacting an oncologist at Dana Farber in Boston and I was on a mission to get an appointment as Memorial Sloan Kettering Cancer Center (MSK) in NY.

Here are the responses from each facility:

Dana Farber - The oncologist is a highly respected breast cancer oncologist at Dana Farber. His response to my situation was very heart breaking. He responded he would not fight with the "intent to cure" but rather the "intent to manage." He would not try to help me fight back into remission. To give up hope so quickly on someone so young is not someone in my ring. When I was first diagnosed with cancer the first round I had an oncologist who doomed me in New Britain from the very beginning and he was VERY wrong! I am a young and healthy woman beside the cancer and the cancer is isolated to only one area. This isn't an impossible fight but it won't be easy.

Memorial Sloan Kettering - We're hoping they might have a clinical study for me for my particular situation. I met Dr Sanford for the 1st time and immediately we clicked like I did with Dr Sorcinelli. She's a fighter with a great heart. She stated I am a unique case (in a positive way) and although I am stage IV metastatic breast cancer, triple positive, we caught it so early and it has not spread anywhere else yet. She said that she would treat me with the "intent to cure." She also said to hear those words after being diagnosed with Stage IV metastatic cancer is extremely rare. I fall into a small percentage and she is very hopeful I will be someone who stays in that percentage. I asked about a clinical study. She said MSK only offers clinical studies with the "intent to manage" not "cure" and with my unique situation, "it would be a travesty to think any different." She told me about another young woman in her 30's with the same diagnosis as me was treated with the "intent to cure" and is doing very well today.

I felt inspired and an overwhelming amount of strength to fight!! A fight there will be but with an oncologist who is strong like me.

To sum it up: After the discussions with my oncologists at Yale and Memorial Sloan Kettering (MKS), we all agree that in my unique case we need to think outside the box. Stage IV metastatic breast cancer is 85% of time time treated with the intent to manage, I caught my recurrence very quickly so its a local recurrence and isolated to the one area and the hole deteriorating in my sternum bone is very subtle. They are treating with me with "the intent to cure." I know that sounds so misleading. I don't like the wording either so I prefer to say with the "intent for remission." "People whose stage four status is based on a single site of metastasis that can be removed surgically or destroyed with radiation therapy should be considered candidates for curative treatment according to Gabriel N. Hortobagyi, M.D., of the M.D. Anderson Cancer Center." This is me and I sure do like Dr. Hortobagyi, Dr Sorcinelli for believing from the very start we can fight again and Dr Sanford for believing it would be a travesty to think different. It is a very low percentage and I consider myself extremely blessed.

I will continue to see my naturopathic oncologist, Dr Noe, in my ring with me. She kept me strong in the ring for the 1st round.

​So here I am, again, now 38, less than 2 years clear from my first stage 3C breast cancer diagnosis.
Family and friends, I'm going to need all of your support again. We got this...again!! I know together we can FIGHT and WIN but I need you all with me! Please send me a few extra prayers, thoughts and positive vibes. Please stay strong, stand tall and chin up for me fighting by my side thinking and sending me positive thoughts. The mind is so very powerful, so only think positive for me! I promise, in return to do the same!!
Round 2...ding ding...FIGHT!! Cancer ain't got shit on me!!!